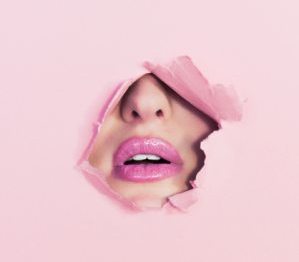 La Belle Dame Sans Merci is a French title which means “The Beautiful lady without mercy.” This poem has been written by John Keats in form of a ballad. There are two versions of this poem having minor differences between them. It was written in 1819. The poet has taken this current title from 15th Century poem of the same name by Alain Chartier. In this poem there are twelve short stanzas of four lines having a rhyme scheme of ABCB. Looking into the dynamics of first four lines of the first stanza –

“O what can ail thee, knight-at-arms,

The sedge has withered from the lake,

And no birds sing.”

In the first stanza we can find that there is a question. The speaker is unnamed and he is

asking the “knight at arms” that is there anything wrong which is disturbing him? The          knight is certainly not feeling comfortable and he is loitering at the edge of a lake. He is pale. The sedge or marsh plants are not fresh. They all are dead and it symbolizes that it’s autumn where no birds are singing. It can also be an early winter and the birds might have migrated and plants have dried or withered. “Knight at arms”remind us of the medieval age or tales where ladies used to attend the knights. The knight doesnot answer the question asked by the unnamed speaker. This is one of the reasons that the unnamed speaker is repeating his question in stanza two which says that-

“O what can ail thee, knight-at-arms,

So haggard and so woe-begone?

The squirrel’s granary is full,

And the harvest’s done.

The speaker is asking if anything can provide solace to the knight. The condition of the knight has been described by two adjectives like “haggard” which means tired or worn out and “woe-begone” which means depressed or sick. Thus, the knight is not feeling well and it seems that he is either sick or depressed. The last two lines are more important because we can find squirrels have stored their food for winter and crops have been harvested. Thus, it can be assumed that it is late autumn. In the third stanza the poet says that-

With anguish moist and fever-dew,

And on thy cheeks a fading rose

The word “Lily” shows that the knight is as pale as lily. There is sweat on the forehead of the knight which shows his anguish. The last two lines of this stanza clearly reveal that the healthy color of the knight is fading rapidly from his cheeks which suggest that there is some grief which is the prime reason of the knight’s anguish. Let us go to the next stanza which can provide us some clue behind this pitiful condition of the knight-

“I met a lady in the meads,

Her hair was long, her foot was light

And her eyes were wild.

This stanza changes our point of view because the unnamed speaker gets an answer from the knight. The knight speaks to the speaker about a beautiful fairy like lady which he met in the fields or the “meads”. He describes the beauty of the lady to the speaker. In the next stanza it will become clearer that who is she? The next stanza says that-

“I made a garland for her head,

And bracelets too, and fragrant zone;

She looked at me as she did love,

And made sweet moan.”

The knight further says that he made a flower wreath for the fair lady along with bracelets. It is interesting to note that Keats “fragrant zone” to show his sensuousness for the nature. It is the true romantic spirit of the poet as the “fragrant Zone” reflects a belt made up of flowers. The word “moan” has several connotations and it seems that they are making love to each other that is why she is moaning and loving the knight. In the next stanza we can find that-

“I set her on my pacing steed,

And nothing else saw all day long,

For sidelong would she bend, and sing

Through these lines we are reminded about the intimacy between the knight and the fair lady. The knight takes her to the horse ride and she is singing. It can have sexual connotations. The knight is so busy in exploring her that he did nothing else the whole day.  In the next stanza the poet says that-

“She found me roots of relish sweet,

And honey wild, and manna-dew,

And sure in language strange she said—

The knight reveals that the fairy lady gave her relish sweet, honey, Manna to eat. It is interesting to note that “Manna” is the food which saved the life of Israelites. It was the food which they ate while wandering in the desert. In Egypt they were freed from slavery by the Moses and they kept wandering in the deserts. Thus, it can be a food from heaven. So it might be possible that the fair lady is supernatural. In her own language she advocated her love to the knight. This language is strange but it is decoded by the knight because he thinks that the language might be the language of love.  In the next stanza the poet says that-

“She took me to her Elfin grot,

And there she wept and sighed full sore,

And there I shut her wild wild eyes

This fair lady takes the knight to her “Elfin grot” which can be her cave where she lives. At her fairy cave she weeps and sighs but the knight never asks her that why she was weeping? Without asking her any reason behind her sighs he provides her solace by kissing her four times. This number “four” is the magic number which can be found in fairy tales. Her eyes are wild enough to be described twice in the same line which suggests something mysterious. In the next stanza the poet says that-

“And there she lullèd me asleep,

And there I dreamed—Ah! woe betide!—

The latest dream I ever dreamt

On the cold hill side.”

In her fairy cave the knight is lulled to sleep like a baby. In his sleep he dreams and it might be horrible because he screams “Ah!”. The word “woe-betide” is archaic which is used for some extreme form of grief. This expression reflects the medieval romance setting. In the next stanza the poet says that-

“I saw pale kings and princes too,

Pale warriors, death-pale were they all;

The knight is now describing his dream which is latest or last dream which he ever had. He says that he saw princes, kings and warriors in his dream. They were pale which symbolizes death. It was the reason that the knight too is turning pale and he is full of sorrow. Line 39 bears the title of the poem which means “the beautiful women without mercy”.  In the next stanza the poet says that-

“I saw their starved lips in the gloam,

And I awoke and found me here,

On the cold hill’s side.”

The knight continues describing the wretched condition of princes, kings and the warriors. Their lips are starved and they are looking hungry. It seems that they are warning the knight that he might be the next target of the beautiful lady who is merciless. In the last stanza the poet says that-

“And this is why I sojourn here,

Though the sedge is withered from the lake,

And no birds sing.”

In the last stanza the knight reveals that he feels isolated and no birds are singing. He is grieved because of the warning which the pale warriors, princes and kings have given to him. Words from the first stanza are repeated and it seems that there is no ending to the grief of the knight.