Critically examine the poem ‘All the World’s a Stage’ 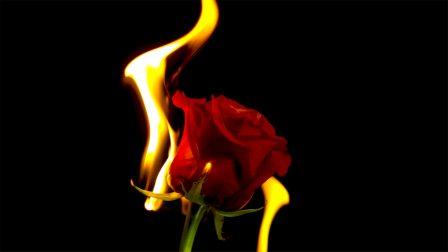 The poem ‘All the World’s a stage’ is an extract from Shakespeare’s drama As You Like It. It is a speech of Jaques. He is a character who is a skilled philosopher. He makes a vivid picture of human life. It has been said by Shakespeare that life of a man is a drama and the world is its stage. All men and women are actors and actresses. They play their roles in the drama of life. They come and go out of the stage. The drama of human life is divided into Seven Parts. These seven parts are the seven stages of life. The first stage is that of infancy. As an infant man whispers and rolls in the lap of his nursing mother. The second stage is that of the school boy. He goes to school unwillingly and the school bag is his armor. The third stage is that of a lover. As a lover he sighs. He becomes melancholic and sings sad songs. He praises the beauty of his beloved. The fourth stage is that of a soldier. As a soldier he takes oath. He fights even death to prove his dignity and masculinity. It seems that he wants to earn name as well as fame in form of a soldier. The fifth stage is that of the justice. He is experienced and he has the wisdom to judge the situations of life. In the sixth stage he becomes old and weak. His eye sight becomes dim. He has to put on spectacle to look around his life. In the seventh stage of his life his nature becomes childish. He loses his eye sight as well as teeth. He becomes tasteless. His senses decay. Ultimately death takes him off the stage. Thus, a man has to play seven parts on this earth because  this world is a stage and life is a drama.

Q. What Picture of the judge do you find in Jacques’ account?

Q. How, according to Shakespeare, is man like a judge?

Ans- The fifth stage of man has been compared to a judge because in this stage a man is in his middle age. He is experienced enough to judge the situation reaction of life. He is mentally sound and he can distinguish between the good and the evil. His eyes are grave. His words are full of proverbs and illustrations. Thus, he is like a judge.

Q. What does Shakespeare think of an old man?

Q. How is an old man like a clown?

Ans- The sixth stage of man’s life is his old age. An old man is physically and mentally weak. His body becomes lean and thin. All his senses come down. His eye sight becomes dim so he wears glasses. His dress becomes loose and his voice becomes low. Thus, he looks like a clown.

Ans- The last scene in man’s life is the ultimate reality of life. He is waiting for death as death is approaching him. At this stage he becomes very old and weak. He has no interest in worldly affairs. He becomes tasteless and loses his eye sight. His hearing capacity is also hampered and it seems that he has entered into his second childhood. All his senses decay and his faculties stop functioning. The events of his life are away from his memory. Thus, having performed his last role he meets death.