Discuss about the Origin of English Drama 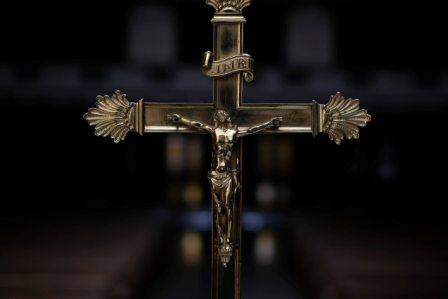 It has been said by different scholars and critics that in every country drama originated out of religion. This is typically true about the English Drama. There was nothing like drama in old English Literature. Dialogue there might have been but dialogue alone does not make a drama. There is no proof of any play being acted during the Roman conquest of Britain. The Roman drama perished out of its stark realism. The actor was replaced by the gladiator. In course of time the Church developed a kind of ritual to elaborate the lesson of the day. Later on dialogue was introduced to the ‘dumb show performance’ by the priests. The first instance of a three line show is entitled Quem Quaeritis ( whom seck ye) enacted in the 10th Century on the Easter day. There are four characters in it. One of them is an angel. One of the characters asked-“whom do you seek in the sepulcher ; o, holy ones.” ?

To which the answer is given, “Jesus of Nazarath.” The angel replies “He is not there , he was risen up.” In course of time the drama came out from the Church to the streets. By Chaucer’s time the drama in English was acted in the streets by guilds. The plays enacted have been called mystery play and miracle play. Nicoll is of the opinion that miracle dealt with the lives of the saints while the mystery plays dealt with the stories related to the life of Christ. Generally the two names are interchangeably used. The word ‘mystery’ derives from the Latin word ‘Ministerium’ which was an office of the Church, or from medieval French ‘Mestier’ which was the name of a guild. The former derivation points to the origin and the later to the further stage of their development. By the 14th Century there arose a complete cycle of mystery and miracle plays. It dealt with stories from the creation of the world to the last judgment. Guilds observed corpus Christ as a public holiday. They celebrated it with popular entertainment. They enacted mystery and miracle plays on a kind of portable stage called Pagoda which has given us a word pageant. A pagoda was a two tier portable stage. The upper one was the stage while the lower one was the green room. The Bible story received a humorous treatment. A typical play of this class is about Noah, which deals with the great flood. Initially there were two classes of miracle plays. The first enacted at Christmas, dealt with the birth of Christ while the second played at Easter, dealt with his death and triumph. All these cycles were united in a single group by the 14th Century. The complete cycle was presented on Corpus Christi, falling in June. There are four existing cycles of such mystery and miracle plays. These are the cycles of York, Wakefield, Chester and Coventry. The miracle plays belong to the drama but they were a long way different from the single play. We cannot imagine the drama proper developing directly from them. They have an elementary characterization but an abundant rough humor. In the period of the guilds the miracle plays gave too much amusement and too little instruction. The morality plays originated half a century later than the miracle plays and arose from a desire to stop the drama from becoming too secular. Allegorical poetry influenced the morality plays. The morality plays had their characters virtuous and vices personified. In their clash virtue always emerged triumphant. To entertain the audience the devil was introduced. Another lively character was the vice. It is out of this character that the clown or the jester derives its origin. The business of the vice was to torment the life of virtue and to make devil’s life a burden by beating him with a wooden sword. The morality ended in the triumph of virtue, the devil leaping into hell. Everyman is the best known of the morality plays. Death summons everyman. The moral is that nothing can take away the terror of the inevitable death but an honest life and comforts of religion. For the first time in English drama we find it in the dramatic unities. Castle of Perseverance is another morality play in which a man finds himself in a castle garrisoned by virtues and besieged by vices. John Skelton and David Lyndsay wrote some of the important morality plays in which they introduced satire. In their plays living persons are disguised as allegorical figures. In general interest and dramatic power they fall far below the miracles but in them there is also an advancement of the plot. The moralities generally changed their character and tended to present didactic interludes and other dramatic compositions. By the second quarter of the 16th Century the morality plays entered into a transition phase. Human traits mingled with allegorical figures. Some of the transitional moralities were interludes. These are dramatic scenes filled with song and music. John Heywood wrote several interludes. The two important interludes are The Four P’s and The Play of the Weather. The Four P’s is a debate between a pardoner, a palmer, a pedlar and an apothecary. In The Play of the Weather Jupiter asks people for the type of weather they like the most. As different people want different weather Jupiter is free to leave the weather as it is. Despite the various development of the drama in the first half of the 16th Century it is interesting to note that it continuously adapted itself. With the demand of time it grew and became famous during the reign of queen Elizabeth.  The influence of Plautus and Seneca was remarkable on comedy and tragedy respectively. The first true play in English with a regular plot with acts and scenes is the comedy Ralph Royster Doyster written by Nicholas Udall, performed in 1553-54. The story is about a conceited fop in love with a widow who is already engaged to another man. The play is an adaptation of Miles Gloriosus by Plautus. The next play Gammer Gurton’s Needle is a domestic comedy attributed to William Stevension. This was printed in 1575. This is about the social turmoil following the loss of a needle, an expensive item during the 16th Century. The first tragedy in English is Gorboduc written by Sackville and Norton two years before Shakespeare’s birth. It is written in blank verse. The theme of the play in the dramatist’s own words is “ blood asketh blood” and “death must death requite”. The theme of the play is that of revenge, of Nemesis , of inexorable fate. It is based upon the concept of the Senecan tragedy. The initial playwrights in English paved the way for the University Wits who are the predecessors of Shakespeare, who learnt much from them in comedies and tragedies as well as in the history plays.