Discuss the novel Jane Eyre as a love story 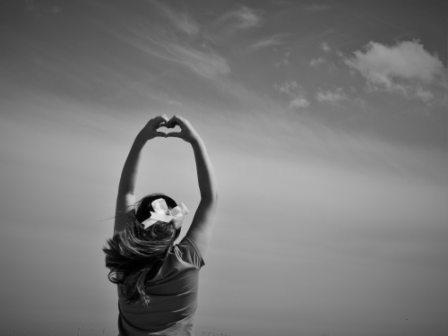 There are so many stages in the novel Jane Eyre which deals with day to day life of the heroine. She is in the centre of the story and we learn about her from very beginning. The story uncovers her childhood, her school life, her role as a governess, her role as a beloved and eventually her stay with so many different families. It is very remarkable that each of the stage is very interesting in itself.  Although the works of Charlotte Bronte has not been admired much but the most striking features of her plot can be seen in this novel Jane Eyre. It is pre-eminently a love story. The love affair of Jane and Mr. Rochester seems very unrealistic yet it can be found in the society. Love never knows age and beauty it is all about the union of heart. This statement is not superficial but it has been proved both by Jane Eyre as well as Mr. Rochester. The seed of this affair is planted at the Thornfield Hall in a very calm atmosphere. It is also noticeable that this calmness is often disturbed by several mysterious happenings. This love affair grows slowly and with the passage of time it hardens like the tortoise shell. Jane experiences an ecstatic pleasure when Mr. Rochester proposes her to marry him. She agrees for this union but the marriage is interrupted by a man from London who arrives in the Church during the ceremony. He says that the marriage was not possible as Mr. Rochester was already a married man. His wife lives in the same house with him.  Because of this interruption and the spoiled ceremony Jane leaves Thornfield Hall and goes to find some solace at Moor House which is the residence of River’s family. She has changed her place of living but her condition is so weak that she finds it difficult to eliminate Rochester from her heart. She loves him deeply and she cannot forget him. Later we find that she is united with her lover. The whole novel revolves around this story in a beautiful manner. There are some other vital themes also but this story holds a dominant position in the whole novel. Apart from this common theme of love we are also convinced that this love story is not usual and conventional.  It is a love story which is unique in itself. It is most unusual, painful, exciting and surprising but it has nice ending.  The unusual nature of this love story is the fact that the lover is already a married man. It is mysterious to know that his wife lives in the same house in which he lives and in spite of having a wife he loves Jane. Jane works there as a governess to Adele who is the ward of Mr. Rochester. The most striking feature of this love story is that Jane Eyre is only eighteen whereas Rochester is nearly forty. Thus we can figure it out that there is a gap of more than twenty years between the lover and the beloved. Readers are surprised when they learn that the existing wife of the hero is not normal. She is a mad woman. She lives in the top storey of the mansion. Her presence is not known to everyone. Only the husband and a servant Grace Poole know about her presence. Thus we can find that there are some gothic elements in this novel. Jane’s social status is lower than Mr. Rochester. She falls in love with him very soon after having met him. She is a governess there and she is compelled to hide her love as thinks that she is not a perfect match for him.  Her love is deep, profound and passionate enough to hide her feelings towards him. She is entrapped in her own situation where she cannot give him a hint that she loves her. She admires him inwardly. She longs for her secretly. Although Mr. Rochester is not so handsome yet she finds him as the most handsome man in whole Thornfield Hall. This is one of the reasons that she writes that beauty lies in the eyes of the beholder. His countenance and features were simple yet admirable to her. His gaze mastered her and she hardly found any men as attractive as him. This shows that she deeply connected to him. This is equally applicable to the lover also. He tells her that he is ready to marry her and she feels very happy to know that her master also loves her. He says that his degree of love is more elevated and he loves her as he loves his own flesh. He has nothing to do with her social status. He wants her to take her to Millcote where he can buy dresses for her. Dresses and ornaments cannot win hearts as it is a secondary thing yet Rochester wants her wife to be a rich wife in terms of possession also. He talks to her about the jewels which he has kept in London. He expresses his love by saying this that after the marriage he would like to take her to Paris, Venice, Rome and Vienna. Thus we can see that Mr. Rochester is a very passionate lover who wants to give each and every form of happiness to Jane. It is a very interesting novel and a critic has said that this story has been told by a great frank