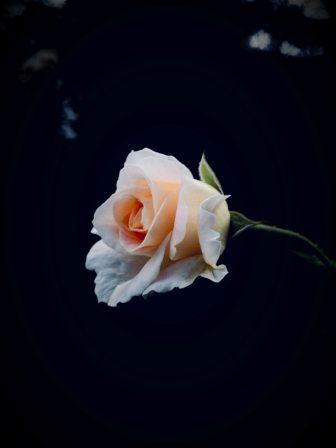 Looking into the dynamics of sonnets, it has been defined as a poem consisting of fourteen lines and following a definite pattern of rhyme scheme. Sonnets marked their presence according to the feelings and music of hearts earlier in Italy and it was Petrarch who majorly propounded his own kind of way in expressing the sentiments on paper merely by the help of these fourteen lines. That period of early fourteenth century was different in comparison to the Elizabethan period. Their flourished a courtly culture with their own concept of love. Lover and beloved marked the chief subject of sonnets and that was majorly liked by the people.

However if we see the structure of the Petrarchan sonnet we can see that it is divided into two parts. First there are group of eight lines which we call as octave then it is followed by other group of six lines which we call as sestet. The octet or octave has a rhyme scheme of abba abba whereas the sestet can have a rhyme scheme of cde cde or cdcdcd. It was usually lyrical in nature. In comparison to this form of sonnet Shakespeare founded a new one. He decided to change the tune of the sonnet. His rhyme scheme was different from the petrarchan sonnet. His rhyme scheme was abab;cdcd;efef;gg. Later poets like John Milton revived the Petrarchan form of sonnets. Before Shakespeare we cannot forget the the contribution of Philip Sydney and Spencer. Sydney wrote a sonnet sequence called “ Astrophel and Stella” and spencer wrote “ The Amoretti”. These sonnets reflected the same courtly culture of love where the relationship between the lover and the beloved was similar to that of a master and slave. A lover always referred her beloved as a guiding star and he was merely her follower. There was a kind of divinity associated with the human passion of love. There was homogeneity in the subject matter of earlier sonnets. It was actually homogeneity in the subject matter as well as lyricism; but after reading Shakespeare we come to know the real taste of the Elizabethan age and that was the true mixing of the varieties and this mixing of varieties answers the common question that generally comes in the mind of the readers that what do we mean by the lyrical elements in a sonnet? The answer comes in form of a reflex action that Shakespearean sonnet is actually mixing of the lyrical and the dramatic but question arises here that how we readers are going to separate this lyricism and drama? Why the lyrics is essentially and basically personal in inspiration and in feeling whereas a drama or a play is essentially and basically impersonal. A lyric comes from the bottom of the heart whereas drama is actually reflection of the surrounding but the intense emotion of the poetry which forms the variety actually joins the two. As for example if we analyze one of the most famous sonnet of Shakespeare that is sonnet number eighteen, the very opening line is-

“Shall I compare thee to a summer’s day

We find here the emotion, the music, the melancholy all unifies and forms as a most exquisite lyric and it ends once again with an assurance to his friend that these sonnets will always beautify and immortalize Mr. W.H his friend who is the earl of Southampton.  He says further in lines thirteen and fourteen-

“So long as men can breathe or eyes can see,

So long lives this, and this gives life to thee”

If we further go on analyzing Shakespearean sonnets we find a major deviation in form of his subjective psychosis of sex and gender and thus he deviates from the conventional way of writing sonnets. All the sonnet writers wrote amatory or erotic sonnets like Dante who has Beatrice in his mind; Petrarch had his Laura, Sydney had Stella while Spencer with Elizabeth Boyle but Shakespeare substitutes male bonding in form of Mr. W.H the earl of Southampton and we find most of his sonnets refers to him but some of the sonnets are also addressed to a mysterious lady who has been referred as the “dark lady”.  We find he pictures her as dark and thus deviates from other sonneteers who used to portray their beloved not less than God in beauty and they praised them in sense of their appearance. It seems that this dark lady is a fictitious character but it may also happen that Shakespeare has been deceived by this lady and that is the reason that he covers this lady with darkness and mystery. Mystery is always a puzzle for human kind and here even Shakespeare is puzzled with the concept of darkness and love. His love is of different kind he says in sonnet number 130 that-

Coral is far more red, then her lips red”

And finally he admits that-

“ And yet by heaven I think my love as rare”

And thus he tries to rationalize his sonnets with arguments and in this way he successfully presents a variety to readers and deviates from the conventional rule of writing sonnets.