Inordinate thirst for power is the keynote character of Doctor Faustus. Examine? 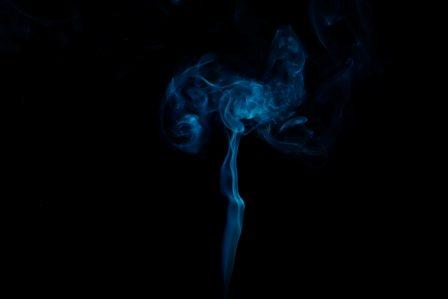 Doctor Faustus is a play about knowledge, about the relation of a man’s knowledge of the world to his knowledge of himself. We can also say that it is about knowledge of means and its relation to knowledge of ends. Faustus’ fanatical longing for power makes his own mind captured by an imagination which creates magic. This kind of knowledge brings him power and promises him a world of profit and honor along with pleasure. Since he has signed the contract of eternal damnation hence he is forbidden to repent. Faustus has enjoyed a lot of worldly desires and now he wanted something new. For such a kind of scholar who is aware of his abilities thrives for knowledge. He finds logic, medicine, law and divinity to be inadequate. Thus, he embarks for gaining more knowledge. He confirms his position as pre eminent among intellectual men. He does not pursue knowledge for the sake of truth but for the sake of power. He wants to assert his authority over life and death. His fundamental grievance is “yet art thou still but Faustus, and a man.” Thus, it becomes clear that he is not satisfied with his human status. He rebels to break all the human limitations. Thus some scholars have also claimed that this intention of Faustus is heroic. He wants to gain power so that he may make men live eternally. He wants to change the law of nature. He wants to have the power to bring the dead back to life. To slake his thirst for power and his desire for wealth and luxury he dwells upon the hopes od Valdes and Cornelius. He feels excessive pride in himself and says that the damnation of the world “terrifies not him” and he refuses to believe that there is any pain waiting for human beings after death. His intoxication with the power to command brings out the devil inside him. He is tricked by the supernatural incidents and he starts believing that he is the real master of the world where South and North pole abide by his commands. When the good and the bad angels are given chance to speak he ignores the word spoken by the good angel. He accepts the words of the bad angel because he is attracted towards power. It is the power which breaks the normalcy of the society and the civilization. When Mephistopheles describes the torments of the hell he simply refuses to face it saying that “hell is a fable”. He thinks that he can overcome all the difficulties by his supernatural powers. Having rejected the various branches of study, Faustus visualizes the wonders that he will be able to work with the power of magic. It can be felt through the following lines-

“o, what a world of profit and delight of power, of honor, of omnipotence is promised to the studious artisan!.”

He goes on to speak about the unlimited authority that he will wield. In his very first soliloquy, he speaks of a world of profit, and delight. He talks about honor and omnipotence. He hopes to attain all such things by his knowledge. He dreams of ruling all things “that move between the quiet poles” and thinks that his power will “stretch as far as doth the mind of man.” He will be greater than emperors and kings and will become a “mighty God.” He quickly responds to the suggestion of the evil and he himself turns out to be helpless at the climax. Only to quench his inordinate thirst for exaggerated power, Faustus sacrifices his soul to Lucifer for twenty four years of service. At last he is not spared and his repentance is useless.